It seems a trivial question at first, and the average responses will be all variants of the same reason. 'Because I like it.' 'Because they are fun.' 'Because they help me relax.' But dig a little deeper and the answer become more interesting.

What is it about these games that you enjoy?

Now you will get a variety of reasons. Some people enjoy the social aspect, some want to use the miniatures that they painted, some like the competition, some enjoy the sense of strategy, some love the narrative and story, and some just like the vagaries of the dice. This diversity is great, and means that there is always a new element to a game that you can enjoy, but it can make it difficult when working out how to pitch a game.

Personally, I enjoy the strategy. Many years ago I was trying to choose a set of rules to play ancients games and I came across an article in a magazine that took four systems, and played a historical scenario, and then showcased which set of rules came closest to the actual historical battle in engagement and overall results. I really wish that this kind of experiment happened more often, as I found it fascinating and very useful.

For me, there are three broad levels of strategy within wargaming. At its most basic level, there simply isn't any. Now, this is not necessarily a bad thing. A game without strategic advantage is a game that anyone can win. It simply pushes outcomes to dice rolls. Obviously, no games is really totally without strategy but I would put games like 40K into this category. What strategy that is there is really a minor effect on the outcome, and the fun in the game is rolling the dice and the journey that both players go on based on probability. Secondly, there is 'internal strategy'. To me, this is when a game has strategic elements which are consistent and valid, but only within the limits of the game. Most science fiction games get away with this perfectly fine because there is no real world analogy. This is the most common form of strategy in games, and you can see it in cases where a tactic will work in one game system and totally fail in another. And finally there is 'grounded strategy' and this is what I was looking for in the article testing four game systems against a real world, historical battle. This is most hard line in historical and ancient games, and deals with elements such as 'unit x should be able to charge and cause great damage but also be difficult to reposition for a second attack, because this account of this historical battle shows it happening'. This is actually an incredibly difficult level of strategy to model, because the mechanics of a game make it essential that we deal in an abstraction, and real world outcomes can be based on the smallest factor, factors which are often not even a part of the rules.

Real world applicable strategy within a wargame is an impossible quest. It may be possible given very specific restrictions but really the best you can hope for is a generalised result, where 'unit x against unit y should result in.....'. I should also note that the enjoyment for strategy and the enjoyment of winning are two, independent perspectives. But, the application of a valid, abstracted strategy within a game environment is a why I play. That might be 'crossing the T' in a space game, setting up crossfire in a battalion level game or achieving a coherent combined attack in a skirmish game, it can be wonderfully satisfying. 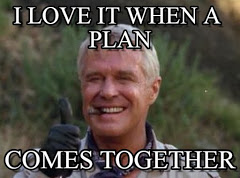