Greetings, and welcome to a new blog. A relatively short post this week. I had the pleasure of playing my first proper game of Kill Team yesterday, where my 'on loan' Deathwatch Marines went up against a force of Tau, outnumbering me two-to-one. The game started nervously for me, being out gunned and having to cover a lot of open space to get into combat, but I found that playing aggressively and relying on the Marine ability to either absorb hits with their armour or shrug off flesh wounds got them there in one piece, and when they did get into range, the fun began. It was all over after four turns as my power swords made short work of the Tau armour, and my heavy weapons and good BS started leveling the field.

This is the first game I have played and before that I did manage to get a few games of Shadow War: Armageddon in. The evolution of the rules systems is interesting to me, and I was pleased to see the elimination of the 'pinned' problem from Armageddon, where even a non-wounding hit would make your troops duck for cover and throw themselves into the dirt. While I can see the rationale behind this, I did find that whoever got to fire first then had a massive advantage, as they could make your force keep their heads down, and they would stay that way and unable to fire in your next turn, only being ready in the enemies next turn.... when it would be repeated.

The only real issue that I had with the Kill Team system was the 'out of action' roll, where a 1-3 meant a flesh wound and a 4+ was dead. This seemed a pretty extreme result considering the a flesh wound didn't make a huge difference - and less so with Marines - and so it felt that there was no granularity there. But, its a fun system. 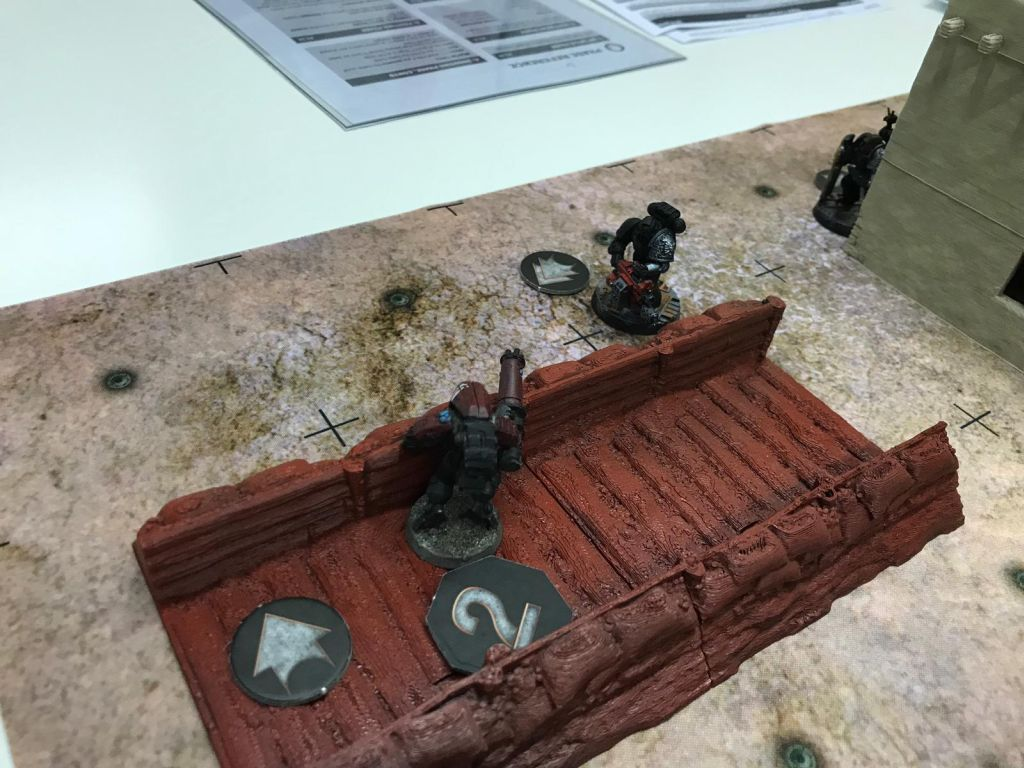 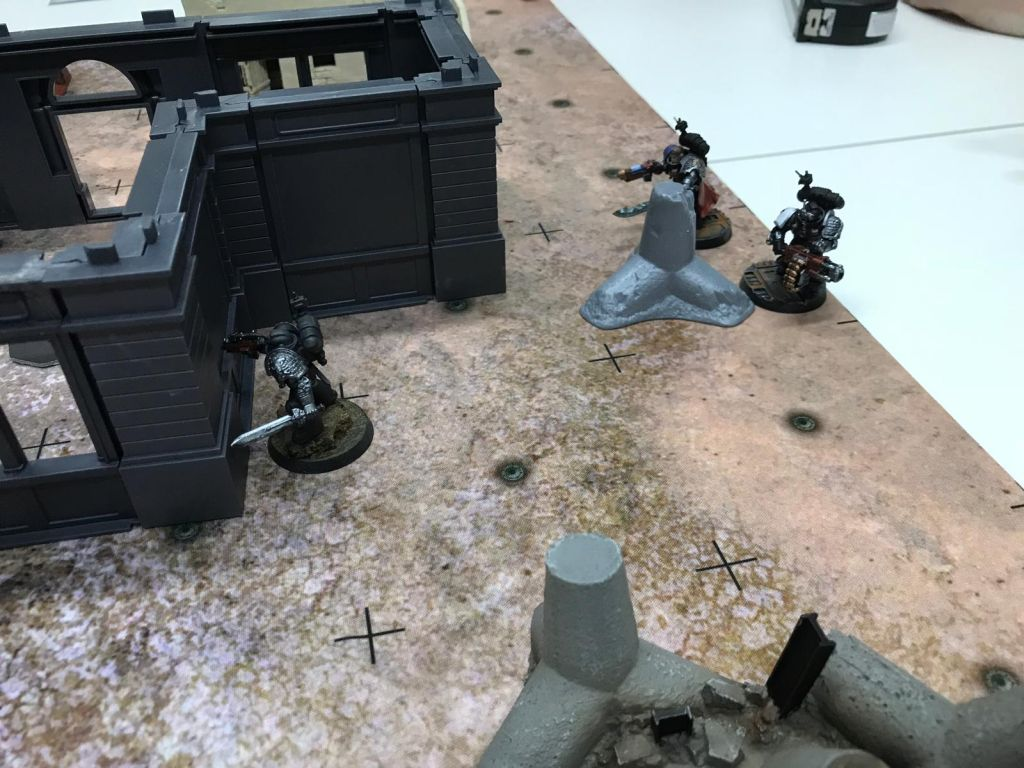 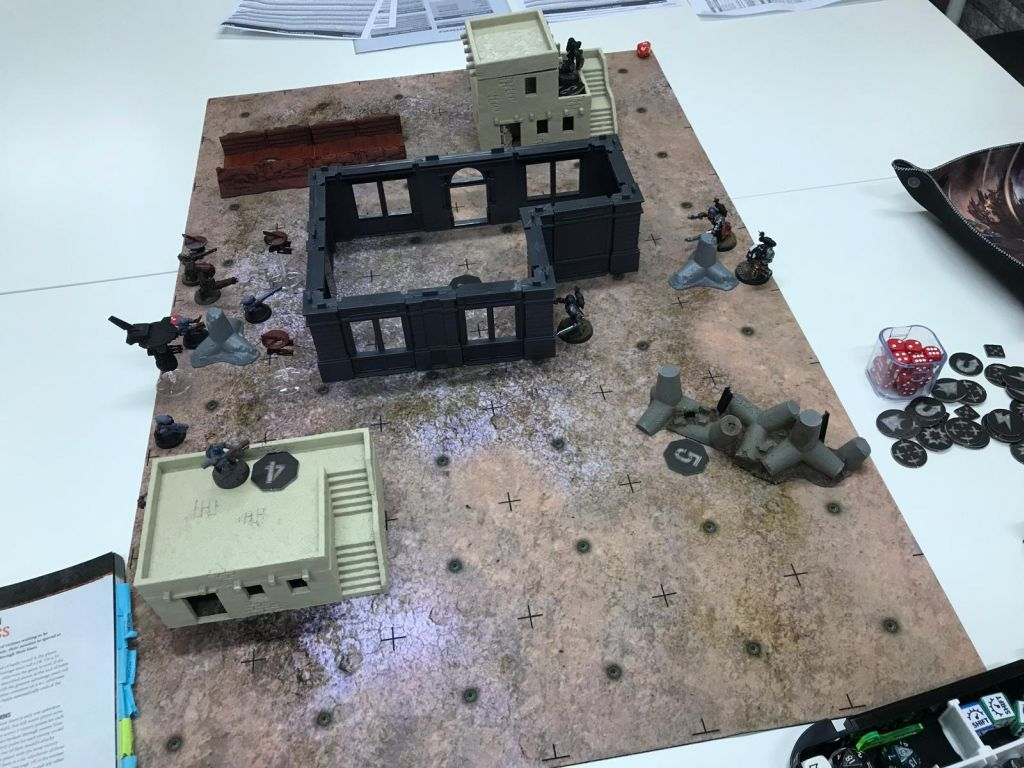 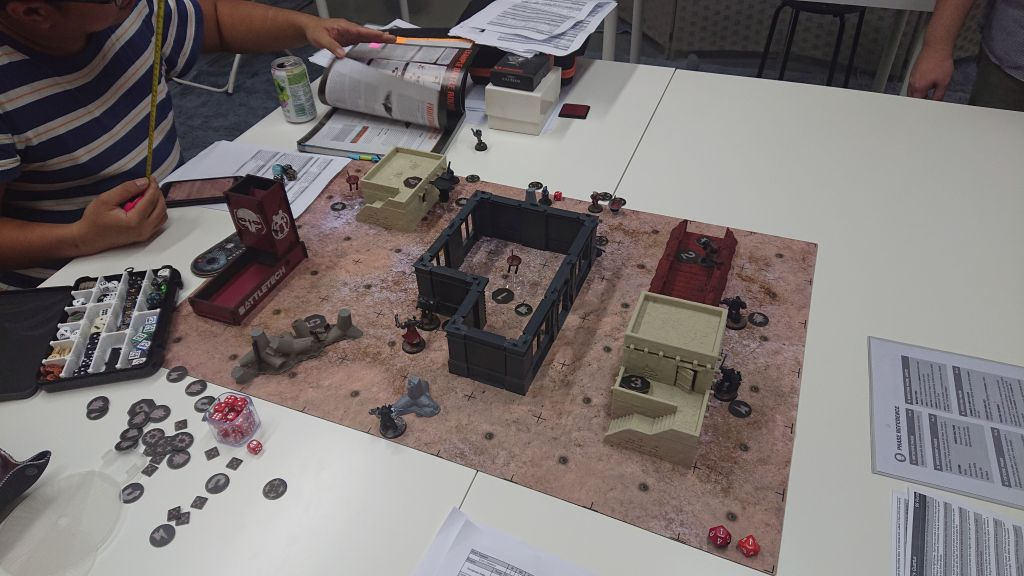 In general in my games, I try to find a real world anchor where possible. I find that if a game 'makes sense' its easier to remember, and tactics are more rewarding. It seems that skirmish games are growing in popularity, and while I am much more of an 'army level' gamer, I am happy in this focus. I think that a lot of 'geek culture' has become a lot more mainstream and accepted these days, and I do think that skirmish games are growing in popularity partly because they are easier for new and less experienced wargamers to access to start with. And that can only be a good thing.

This bias towards 'army scale' and an interest in real world grounding in my games heavily affects the games that I like to play, and develop. Its no coincidence that my favourite games tend to be large scale games like Games Workshops Epic and CAV from Reaper, games which involve land troops, large war engines, fliers and space assets.

When Marcin and I were initially talking about Assault Publishing Studio, and we revealed that we were both working on a fantasy game, it caused a bit of head scratching. On one hand, we don't want to Assault to put out 16 different types of game all in the same genre. However, we also realised that the two games in progress were very different. While both Glorious Lands from Marcin and my own Dark Portents are both 'high fantasy' in theme (the standard Orcs, Elves, Dwarves, etc) Glorious Lands has a much small 'warband' feel to it, where heroes rule the day with dynamic acts. In contrast I am aiming Dark Portents at army level. Its much more focused on units of troops, and the heroes and wizards are geared to support and augment these units. How you wield your units of troops in Dark Portents will determine whether you walk away a victor, or nursing your wounds, and to that end I wanted to give significant options on how to set up your units and what tactical decisions you are able to make with them on the battlefield. Here at the Assault bunker, we really hope that you will give Glorious Lands a test, and help us to give feedback and input on both Glorious Lands and on Dark Portents when it is released in the future.