We have become playtesters for PMC 2670, having befriended Marcin while playing the previous edition, PMC 2640. This is the after-action report left by the 2nd Company of the Varuna Legion after their encounter with the Rebels of the Movement Zen on Ariadnne III.The Varuna Legion, having started out as a Tier I company have, during the 40 or so battles it has fought, grown, and is now a well-established Tier III company filled with grizzled veterans and tales of heroic actions. They now face the Movement Zen, a relatively newly formed Tier II Insurgency. As of PMC 2670 Rebels, Bugs and the strange Xenotripods all have their own army lists, complete with their own Campaign rules and special abilities. PMCs have the same core as in the previous game but have gained some new units, such as medics, engineering vehicles and powered armor troops.Rebels have a completely new army list, their units are not the hardened mercs of the PMCs but they fight with heart and ingenuity, often striking with hit-and-run tactics.

Some core rules have been reworked. Most notably suppressed units may now take some limited actions and stealth has been reworked and now functions more like a stealth rule rather than an invisibility cloak.In this game we played a Tier II Priority 1 game of Find and Secure from the Hell on Echidna demo/expansion.

The Varuna legion brought the following: 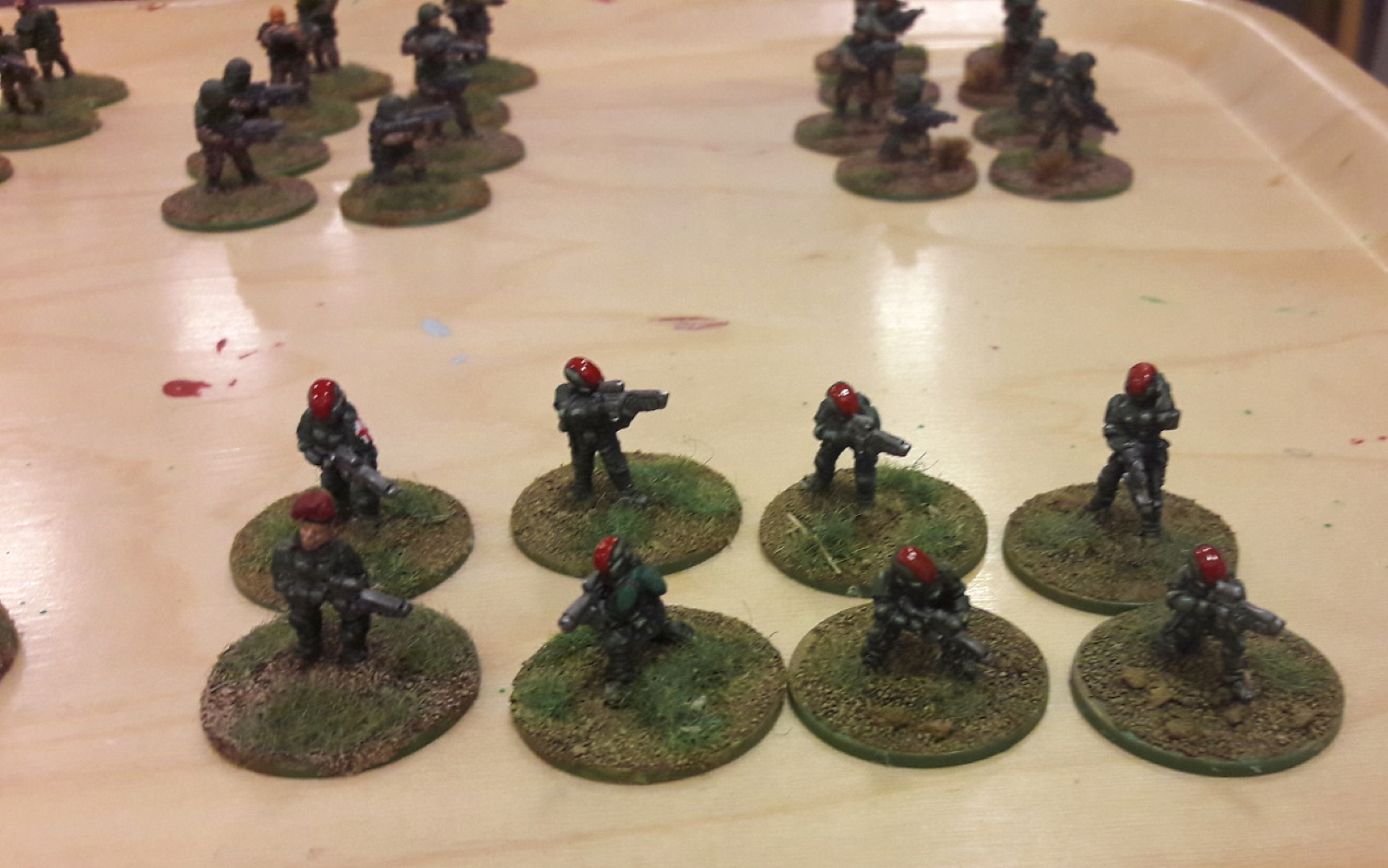 Movement Zen has two paths (doctrines): Terrorist – May designate one destructible terrain as booby trapped, the explosives are triggered as an action by an HQ unit. No sacrifice too great – HQ units get the Determined special rule.

Rebels also choose which tactics to use and for this fight they opted for Guerilla warfare – They may deploy a large portion of their army using the new Stealth rules. The battlefield from the Varuna Legions perspective. The house secretly designated as booby trapped by the Movement Zen. 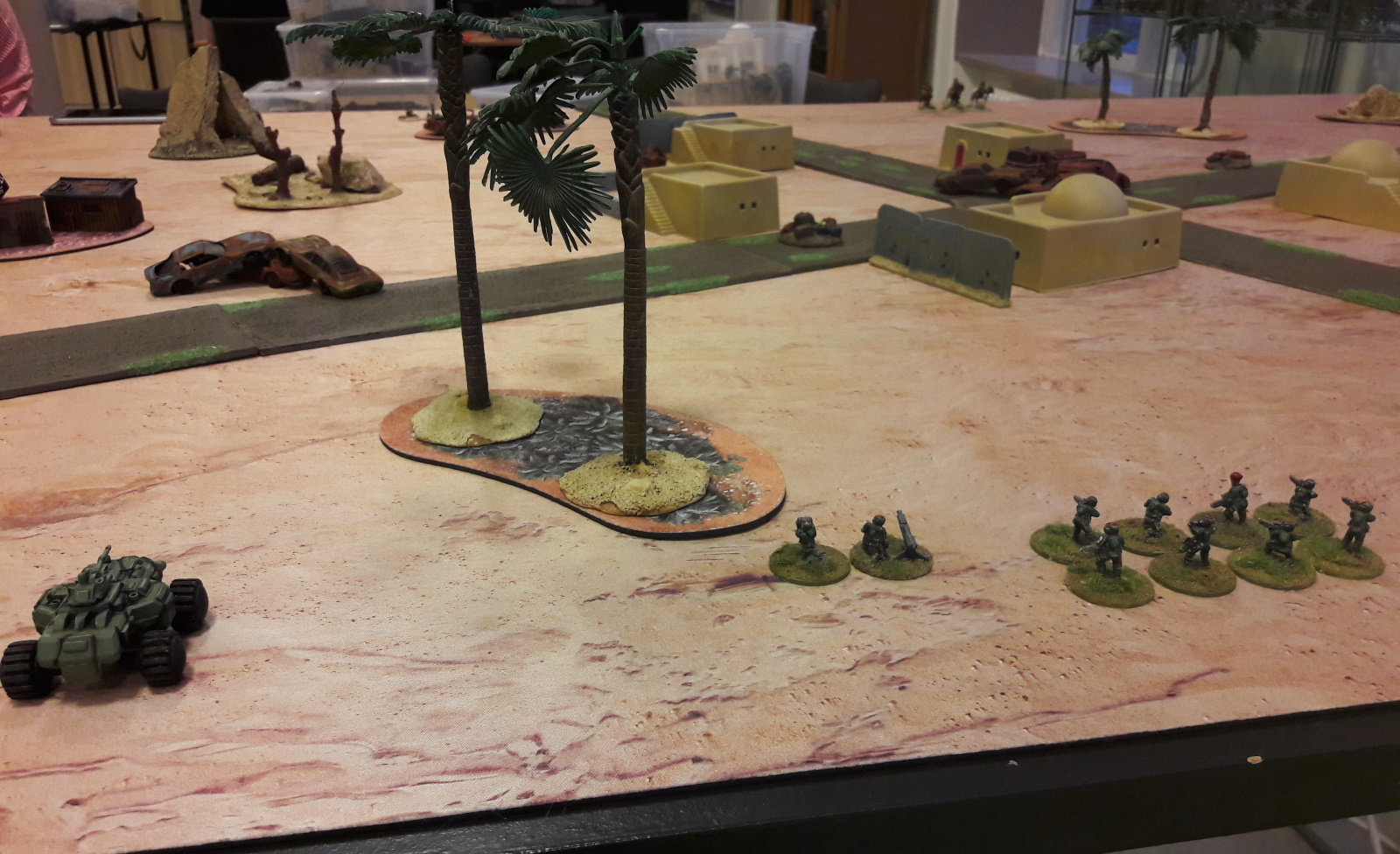 Starting with half their force in reserve, potential rebel ambushes behind every corner and no safe haven in buildings, the Legionnaires deployed a remote mortar, a heavy patrol vehicle and the Regular rifle team in their left-most corner. 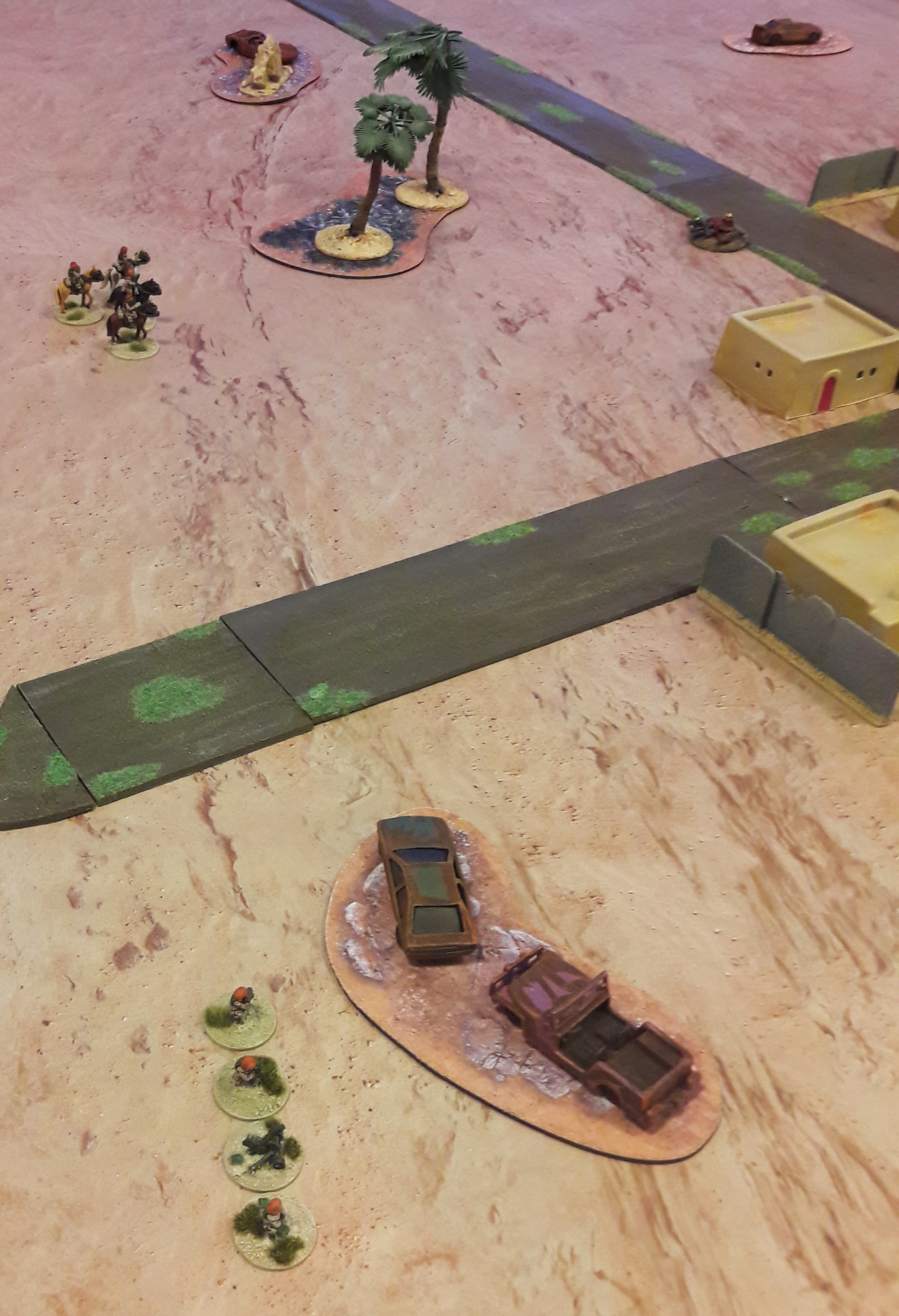 The rebels counter deployed their artillery and in the center of their table edge some riders appeared. When the Legionnaires advance, they are suddenly meet with fire and fury from some shanty houses from which Deserters and The Secondary insurgent leaders emerge, having deployed from Stealth – Raining fire down on the Heavy patrol vehicle which is badly damaged and has to retreat behind the woods to take cover.

his proved to be the decisive engagement of the battle as both sides poured their reinforcements into this firefight. The legion deployed all of its recruits and the Movement deployed a unit armed civilians and a LMG team. The heavy patrol vehicle spends a few turns repairing the damage done by the rebels. 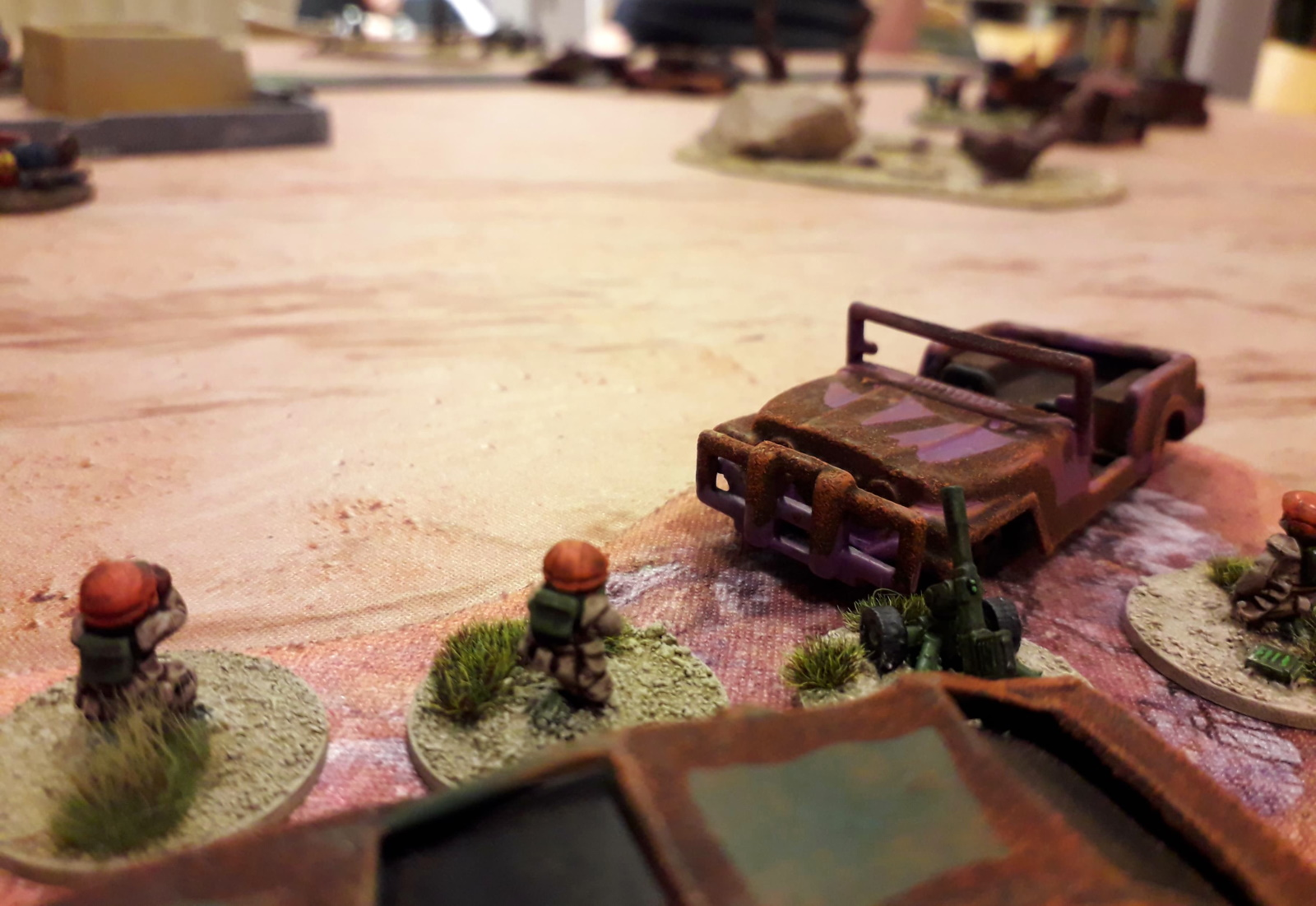 During most of the game both the artillery and mortar units lobed grenades at each other without scoring any hits. The mortar team was eventually rendered ineffective by an attack from the rebel HQ. 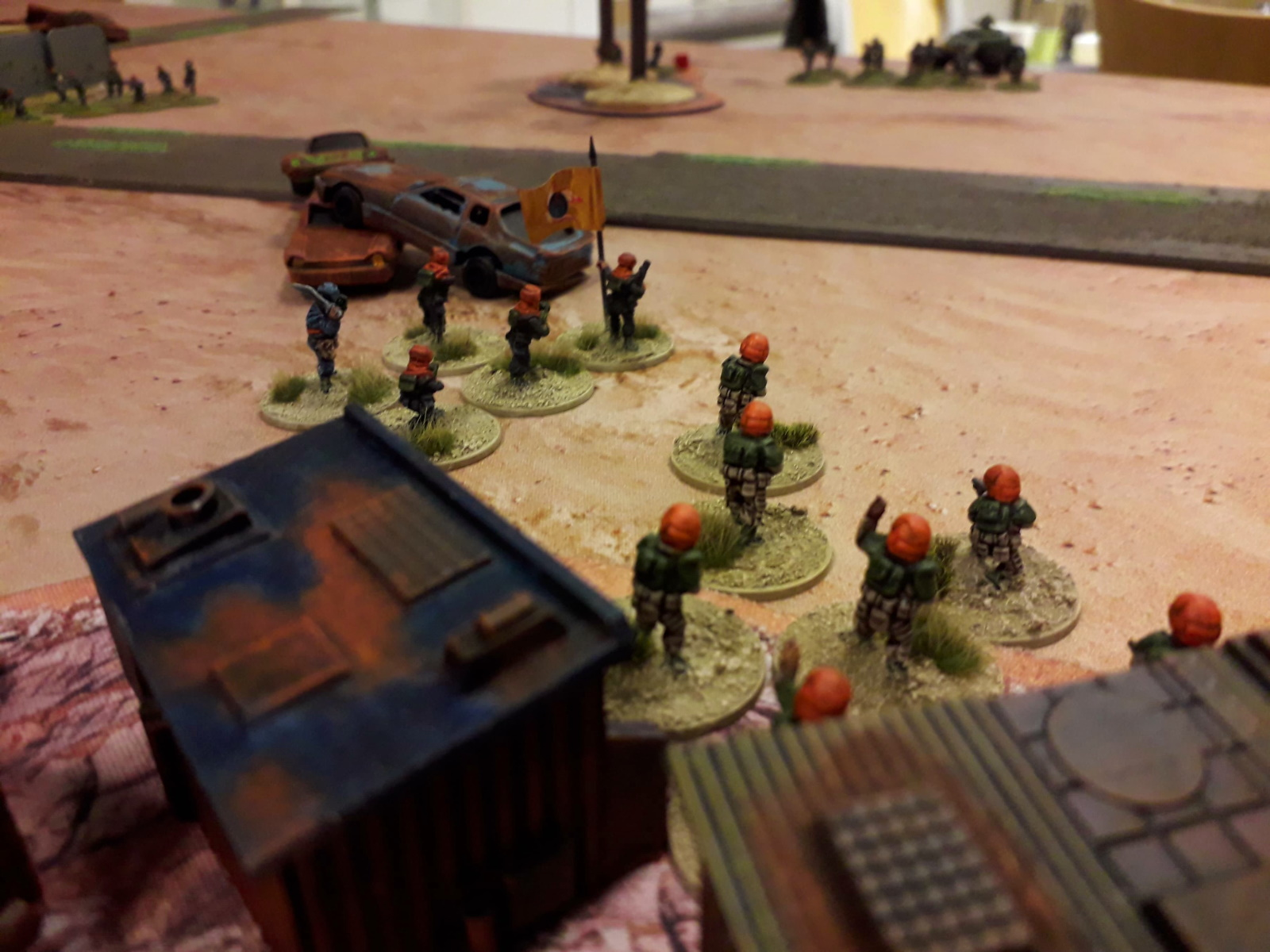 The rebels try to push the Legionnaires and counter assault, they see some success and forces the Legion to consolidate. The Legion throws some recruits into the fray to act as human shields for the heavy patrol vehicle. 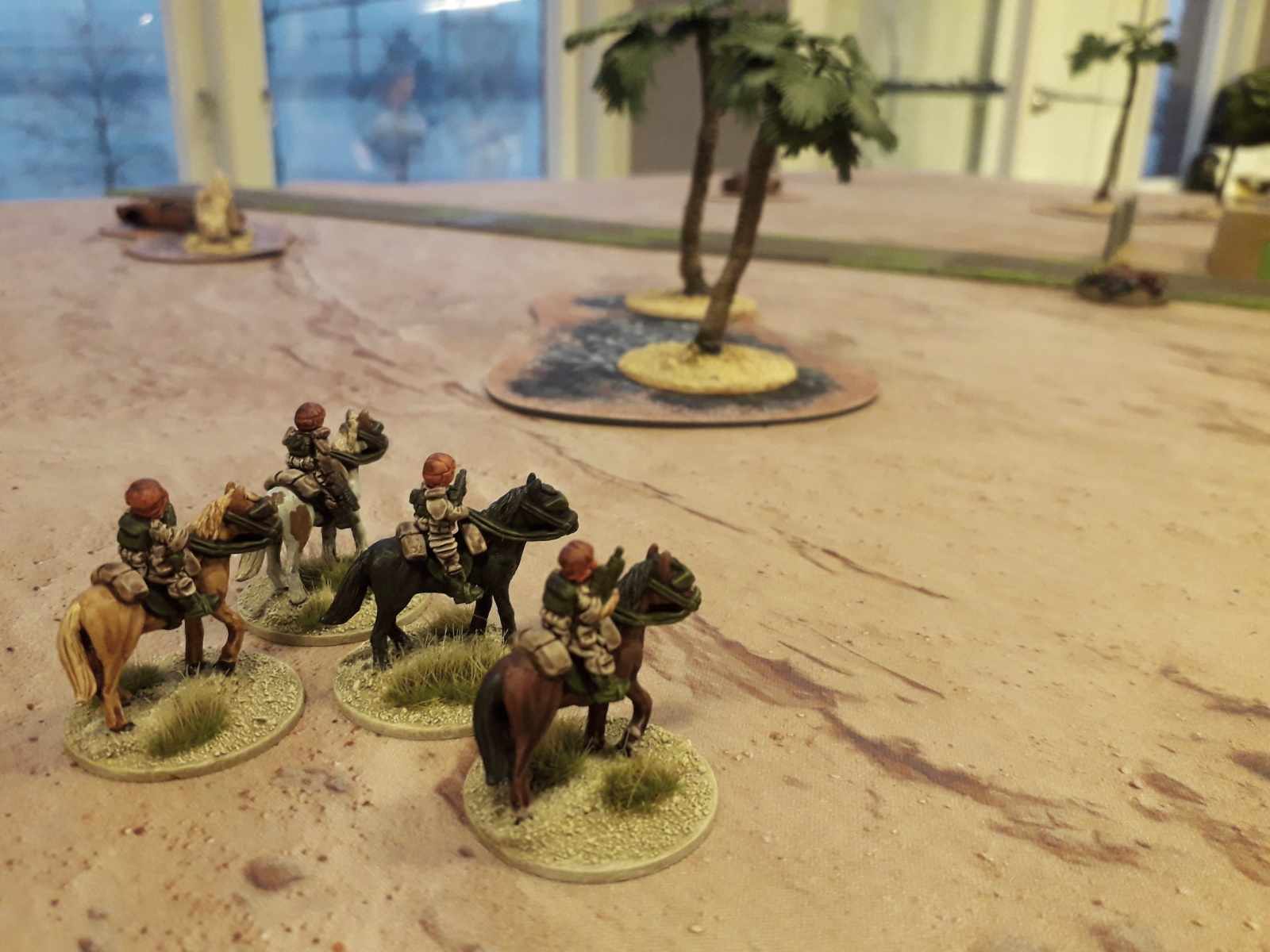 Meanwhile the Riders probed the objectives, having searched two objectives closest to the Rebel table edge the true objective was located on the road slightly more to the legions side. This proved important as the Regular rifle team quickly makes contact with the objective and thus the Legion could fight defensively and was not forced to advance. 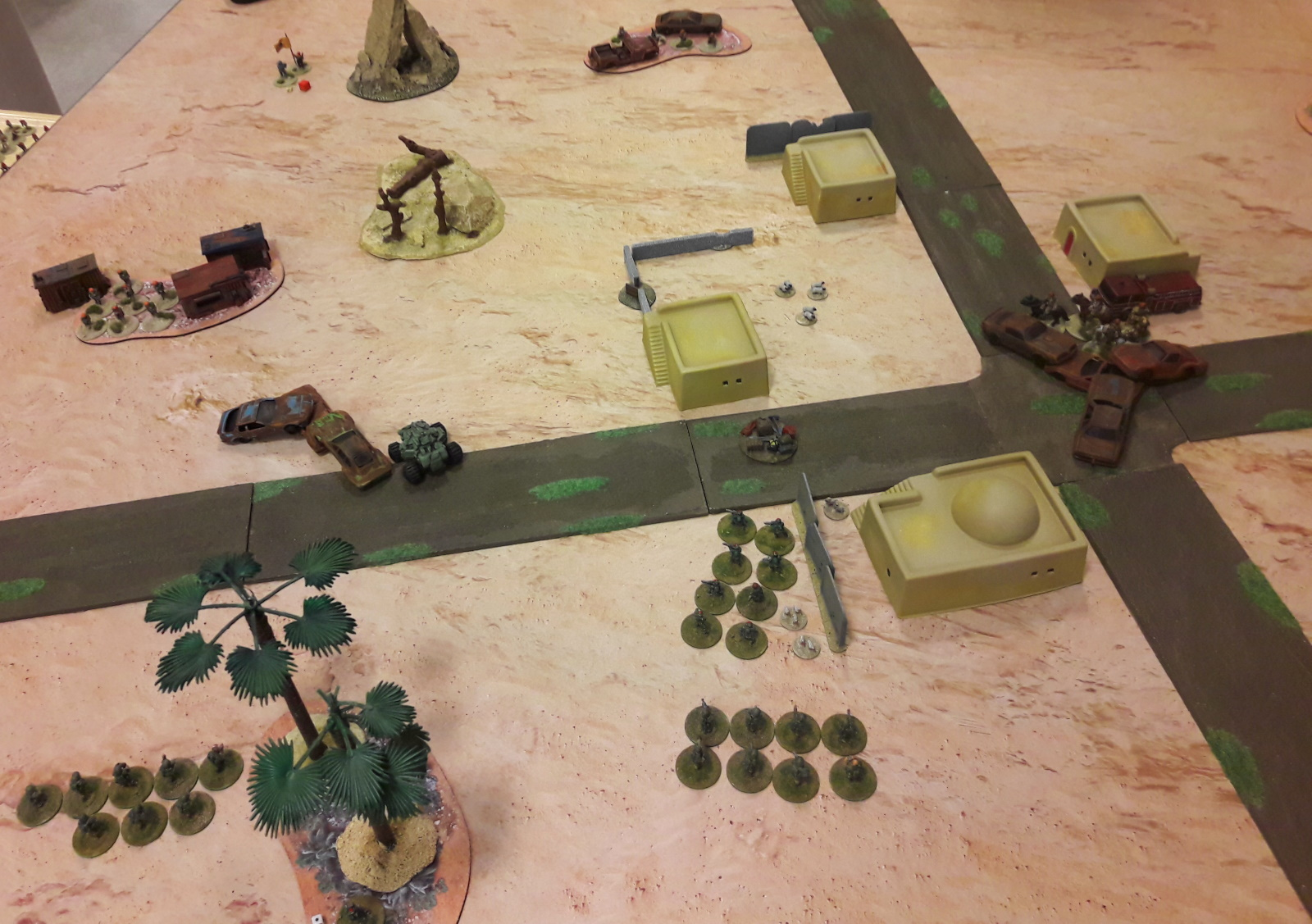 The legion now could focus its fire on the rebel pocket of resistance and with some effort they broke the Rebel HQ and LMG team. This sealed the rebels’ fate as they now lacked the punch to take the objective and they conceded the game.

PMC 2670 makes some great improvements on the previous edition. The game flows just like before but it has been tweaked to perfection. The addition of rebels, melee focused swarmy aliens and different shooty aliens with lots of tech makes for new interesting games and different ways to play.

Rebel troops have lower firepower and defense compared to PMCs but are harder to break with increased morale and have more diverse units. They are capable of some play styles PMCs cannot imagine due to their increased mobility, trickery and units that just won´t stop fighting.

This AAR was prepared by our friends from Sweden! Great job and thanks for the efforts! - Marcin