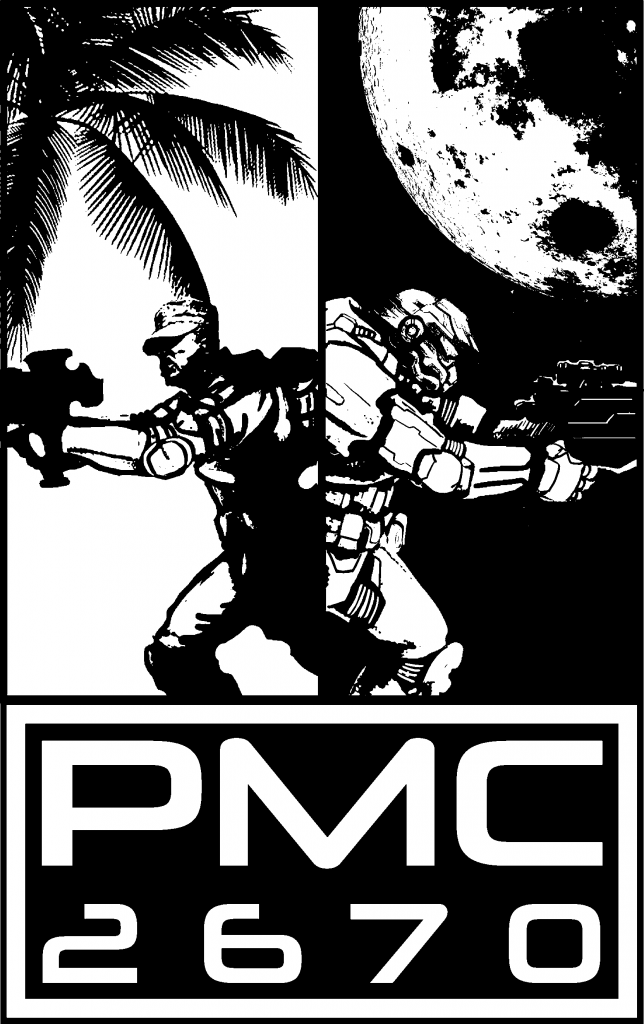 So, what are the gameplay changes?

There is no revolution in the core mechanics, as better is often the enemy of good... Still, the basic rules were polished and perfected, making the game even faster, more flexible and more uncompromising – but it's still the old, fine PMC! Special rules were revisited and all known question-causing or unclear elements were re-edited.But the main advantage of the 2670 edition are the added extras! Now you can lead not only merc forces, but also space bugs and rebels, which became fully playable factions. What is more, there is a fourth faction – the aforementioned aliens!Forces of your PMCs were bolstered with lots of additional unit entries, offering many new tactics and army compositions. We listened to the players and added a lot of elements they asked for (e.g. power armours, medics, drop pods, and many exotic sci-fi troops). Existing units were carefully examined and rebalanced to adjust them to the new lists. But don't worry, if you already have a collection of minis for PMC 2640, it will be fully playable in PMC 2670 – you'll simply get even more possibilities! We see no point in making existing armies useless or weaker – we're players ourselves and know how irritating this can be!In addition to new armies and PMC units, we have updated the scenarios based on the experience from previous years – but no major changes in this chapter.

Of course! All factions received their own campaign rules, allowing for even more interesting club gaming! Campaign is as important, as it was aspect of the ruleset. Whether you wish to create your own PMC, start a revolt, make bugs the dominant species on the planet or conquer new territories for your Xenotripod tribe, you will have the means to do it. Campaigns became even more challenging thanks to improvements such as quicker progress at the beginning and reduced snowball effect.

The whole solitaire/coop section was redone. Thanks to universal scenarios you can use any force against any other force on any tier. Additionally, the Special Commando composition allows you to start playing with just a few finished minis – perfect for people who like to collect different armies without expanding them too much.

Not for us! In the PMC 2670 rulebook you will find three additional chapters with optional rules: the first one contains improved optional rules from PMC 2640, the second covers underground combat, and the third lets you battle in different environments (with unusual atmospheres, low/high gravity, anomalies, etc.).

And how much does it cost?

As much as you want – even if it's nothing! Assault Publishing went non-commercial a year ago and we want the game to reach as many players as possible, so we decided to release it as free a PDF. Nevertheless, things like professional editing, illustrations and composition aren't free, and we would like to offer our contributors fair payment. Without revenue from the sale of miniatures, we don't have any funds to support game development, so we plan to launch a crowdfunding campaign within a few weeks to cover the necessary expenses at least partially, making PMC 2670 a community-founded project.

If you like PMC 2640, you'll surely love PMC 2670! If you haven't tried it yet, now you'll have the perfect occasion! At the moment, core mechanics are completed, and closed tests are under way. Stay tuned for updates!