I'm not going to be humble: the goal is simple - to make Stars and Steel the coolest ruleset dealing with huge space battles! Today there is important day for me - after a few long months of work I'm very happy to release veriosn 1.3 of Stars and Steel.

This one is really big and I think it's last big update and I hope this is last major update of core ruleset. The first version of Stars and Steel was written and released in difficult time of CoViD-19, when possibilities of getting feedback was limited and it was not the secret that the updates will be needed. The version of 1.3 not only makes the game even more fluent and player-friendly but this time I also added a lot of new content! 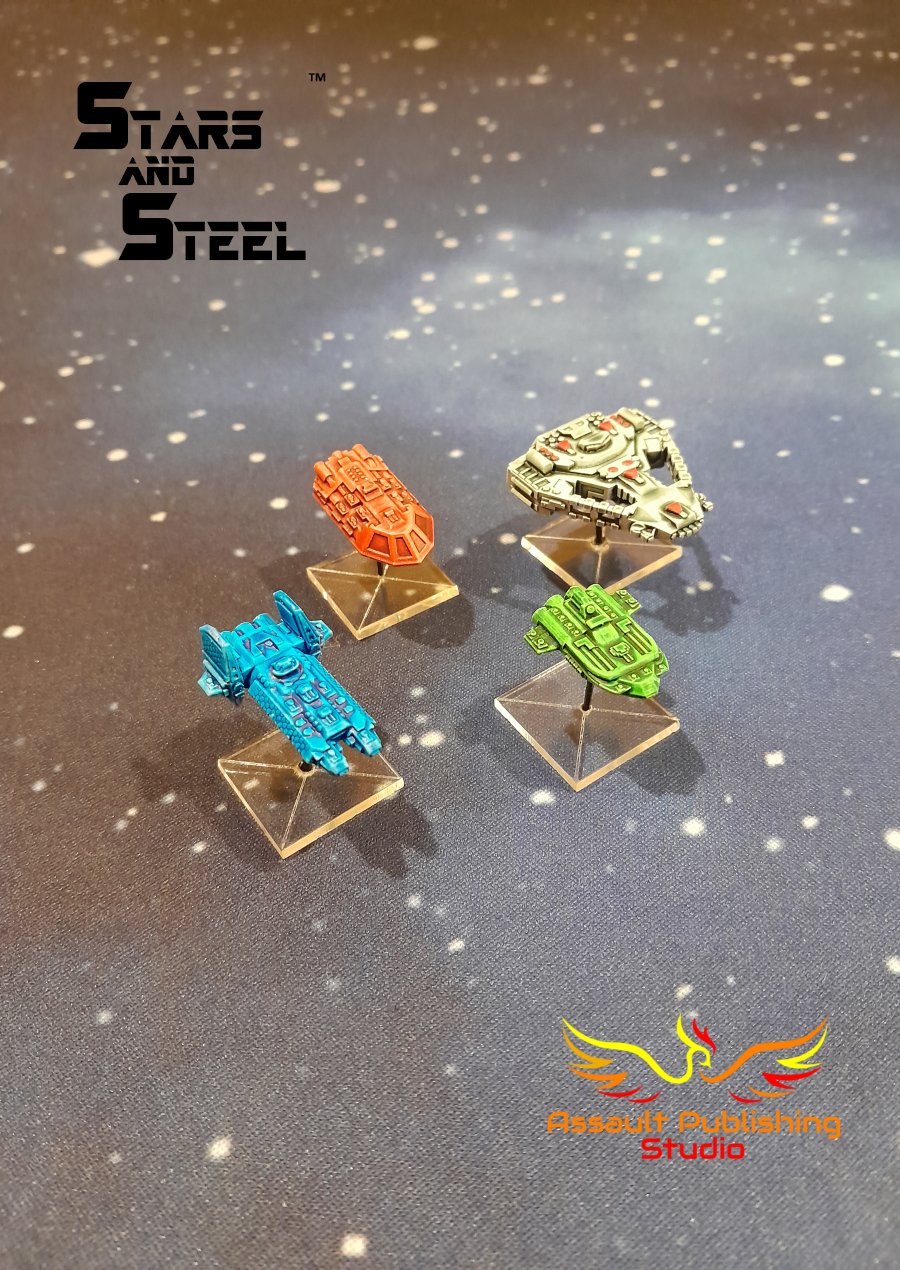 These are the main changes to the rules. Now it's high time to write a little about the new added stuff!

I've made a special pack to upgrade four fleets designed by me with 2nd grade battleships.

As bonus there are new mercenaries - Mészáros Linebreakers! This squadron is equipped with deadly forward-facing weapons and improved frontal armor, which make it unit best suited for frontal assaults. 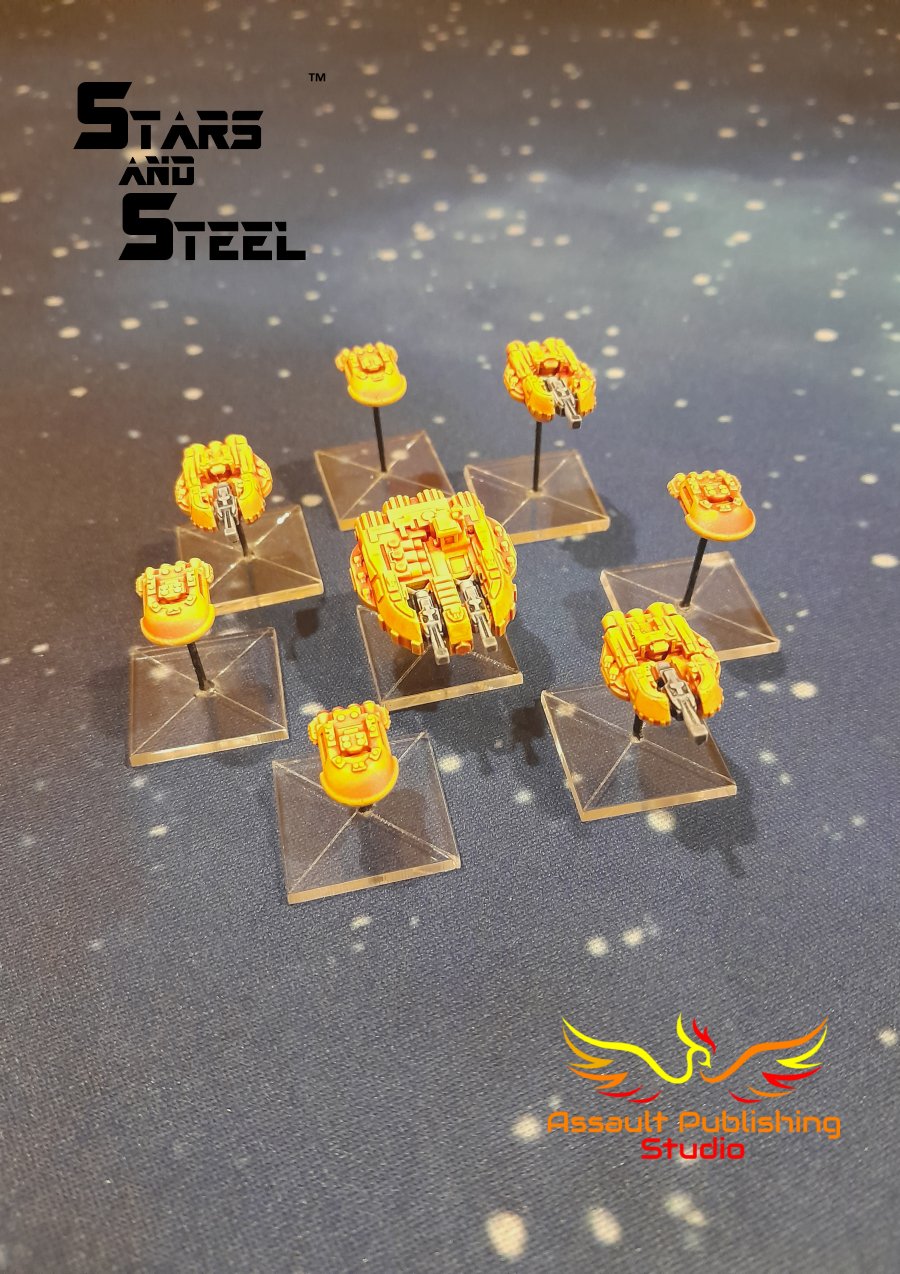 Finally I decide to make some order with our Wargame Vault sections. Within last two years are added HUGE progress and added increadible amount of new 3D models - now Stars and Steel comes with literally hundrets of fine miniatures for 3D printing. Not bad as for small non-profit publisher :) It wasn't be possible witout our volunteer 3D designers - thank you guys, you are great! I made the decision of putting together all rules, modules and quick indentification charts into one big pack, which allows to have everything up-to-date by tracking only one position at WV catalogue. The 3D files remain as separate positions as it was before.

The plans for near future? More merc squadrons! I have the ambition to make wide collection allowing to field fully mercenary fleet!

You can download Stars and Steel and new models from our section at Wargame Vault: https://www.wargamevault.com/browse/pub/16581/Assault-Publishing-Studio

If you wish to discuss the rules, ask the question or just talk with our team I kindly invite you to join new Assault Publishing Studio Discord server: https://discord.gg/AYGefA6atT which is intented as our main communication channel.